The Northern Sea facilitated a prosperous sea-trade between the mice of Dawnrock, Darkwater, Port Sumac and Rustleaf, which were located along its shoreline. The Mouse Guard outposts of Calogero and Frostic also stood on its shores. 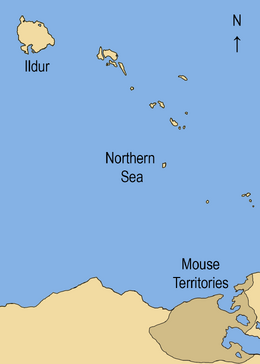 A composite map showing the relative positions of the Mouse Territories and Ildur with regard to the Northern Sea. Borders c. 1108. 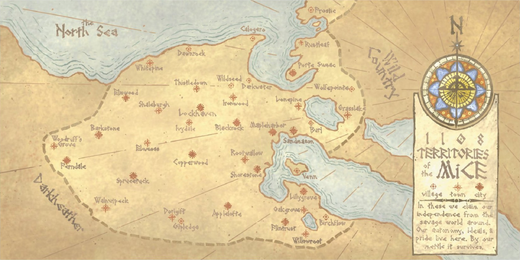 An 1108 map of the Mouse Territories showing the Northern Sea, cartographer unknown.

Retrieved from "https://mouseguard.fandom.com/wiki/Northern_Sea?oldid=8816"
Community content is available under CC-BY-SA unless otherwise noted.