Centre of the Mouse Territories

Lockhaven was a fortress and the headquarters of the Mouse Guard, located at the heart of the Mouse Territories.

It is unknown in which year Lockhaven was built, but it was originally founded as a mouse settlement. Over time, the civilian mice spread out to the other settlements and the Mouse Guard adopted it as their headquarters.

The citadel withstood the attacks of many predators and invaders, including an assault by The Axe during the fall of 1152.

Lockhaven served as a base of operations for the Guard but was not a true city. While mouse civilians lived there, they were only invited quests of the Mouse Guard, brought to perform certain skills and labours.[1]

The fortress was carved deep into a rocky outcrop. Only its face was visible, with tunnels and rooms extending far into and below the rock. A thick layer of ivy covered part of the facade, camouflaging it from unwanted observers.[1]

Lockhaven had a single main entrance, comprising a heavy wooden doorway and an iron portcullis.

Various tunnels led in and out , which Guardmice would use to access the building while remaining hidden — although not all Guardmice were aware of the extent of these tunnels.[2]

The Matriarch's office was located in Lockhaven's higher reaches and had an outlook over much of the surrounding country. The room comprised stone walls and wooden flooring, and was plainly furnished with a desk and set of drawers. A large fireplace was set into the wall and next to that was a portrait of the Black Axe — behind which was a secret stairway leading in and out of the citadel.[3]

Located just off this office was a private chamber, accessible only by the Matriarch, in which was kept all of the logs of earlier Matriarchs, historical texts and some sacred Mouse Guard artifacts. Eleven stained-glass windows surrounded the chamber's inside walls, each of which depicting an exemplary Matriarch from the Mouse Guard's history. These likenesses were illuminated by a trough of lit oil which ran along the room's inside walls.[4]

The Mouse Guard kept a blacksmith as a full-time position at Lockhaven to mend, sharpen, and create weapons and tools. Occasionally this job was held by a Guardmouse, but often it proved too time-consuming for the patrol mice.[1]

The Guard stored staple foods in abundance at Lockhaven, and also prepared food as needed as it was unknown how many or few mice would be present on any given day. The citadel was known for "gabcroon", a dense bread filled with seeds, fruits, and nuts which stayed warm after baking and lasted a long while before going stale.[1]

Lockhaven was home to a hive of bees, instigated by the Matriarch Adelle during her tenure (date unknown).[4] The mice harvested the honey for food and the wax for goods and medicinal purposes. The apiary keeper used smoke to charm the bees.[1] The bees also served as a natural deterrent to other predators and attackers — a lesson which The Axe learned the hard way during the fall of 1152.[3]

Woven and sewn fabrics were important to the mice of Lockhaven. The Guard were known for their cloaks, a tradition instigated under the Matriarch Feruin (date unknown),[4] which need to be both warm and durable as they were the Guardmice's primary piece of clothing.[1]

It is unknown in which year Lockhaven was founded, although it must have occurred prior to 977 according to an engraving on the citadel's cistern.[5] The fortress originally began as a mere settlement for common mice, who flocked to it for its central and defensible location. Lockhaven grew quickly from a hiding place, to an outpost, to a fortification and, finally, to a citadel — fortified walls surrounding a prosperous town, defended by a dedicated guard.[6]

As Lockhaven became more secure, its guardians reached out to other settlements. At first, the mice of Lockhaven tried to bring everyone they found back to the safety of their city. Many came, but many also would not. Other communities, perhaps less safe but still prosperous, had formed in the wild. They were reluctant to leave what they had begun, despite their precarious position.[6]

There followed a debate within the ranks of Lockhaven’s guardians. What to do about these other settlements? Should they be forcibly moved? Should they be abandoned? In the end, the guardians decided there was only one true answer: Lockhaven must use her strength to defend and support these communities. All mice must prosper or all mice would fail. Therefore, these guardians struck out to the distant settlements, marking paths and noting which directions gave them more cover, better viewpoints and quicker routes.[6]

These brave, selfless mice quickly became known as the Mouse Guard. As their numbers grew and their protection was extended and came to be relied upon, the far-flung settlements did indeed prosper. Lockhaven itself changed as well. It became less of a bustling city and more of a central hub for the Guard. Eventually, at an unknown date, the Guard took over the administration of the citadel completely.[6]

The first mouse to organise the defense of Lockhaven was female. Hence, it became tradition a female mouse — a Matriarch — command the Mouse Guard. The Matrarichs were in charge of internal affairs, governing the mice of Lockhaven and setting the Guard's missions and patrols.[6]

Lockhaven experienced many alterations during its history, which enlarged the citadel and made it more defensible. During the tenure of the Matriarch Laria (date unknown) Lockhaven was expanded no less than three times.[4] 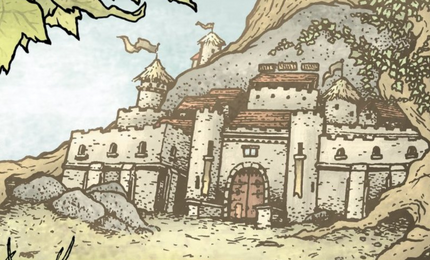 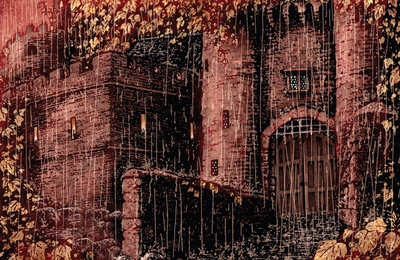 Lockhaven during the fall of 1152. 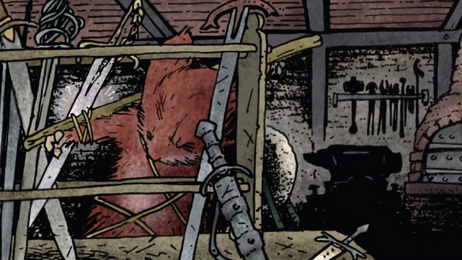 Lieam in the Lockhaven armoury during the fall of 1152. 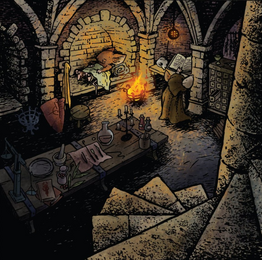 Rand and Abigail in the Lockhaven apothecary during the winter of 1152. 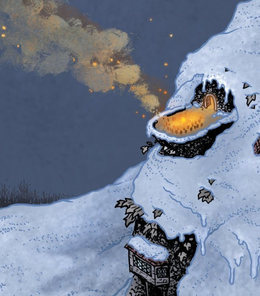 Celanawe's funeral at Lockhaven at the end of the winter of 1152.

Retrieved from "https://mouseguard.fandom.com/wiki/Lockhaven?oldid=8805"
Community content is available under CC-BY-SA unless otherwise noted.