Legends of the Guard Volume One is an all-ages short anthology series set in the world of Mouse Guard.[1]

Inside the June Alley Inn on Fall 1154, located in the western mouse city of Barkstone, so many mice have overdue tabs to pay in coin to June, who is reluctant to involve the Barkstone magistrate and mayor. The Innkeeper decides to make the overwhelming debts worth her while by starting a competition where all the mice in debt will each tell a tale. The rules: Every story must contain one truth, one lie and have never been told in that tavern before. June will judge and decide which tale is the most inspiring. The winner will get his or her bar tab cleared. Fantastic stories are spun throughout the evening, most of them involving a Mouse Guard or Mouse Guard candidate. After this June decides to make the competition in her tavern a local tradition take place twice a year. 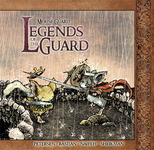 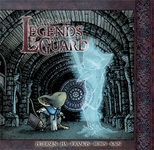 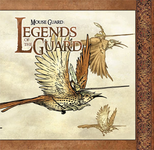 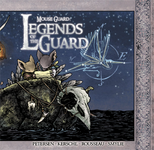 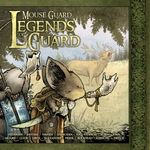 Retrieved from "https://mouseguard.fandom.com/wiki/Legends_of_the_Guard_Volume_One?oldid=7781"
Community content is available under CC-BY-SA unless otherwise noted.